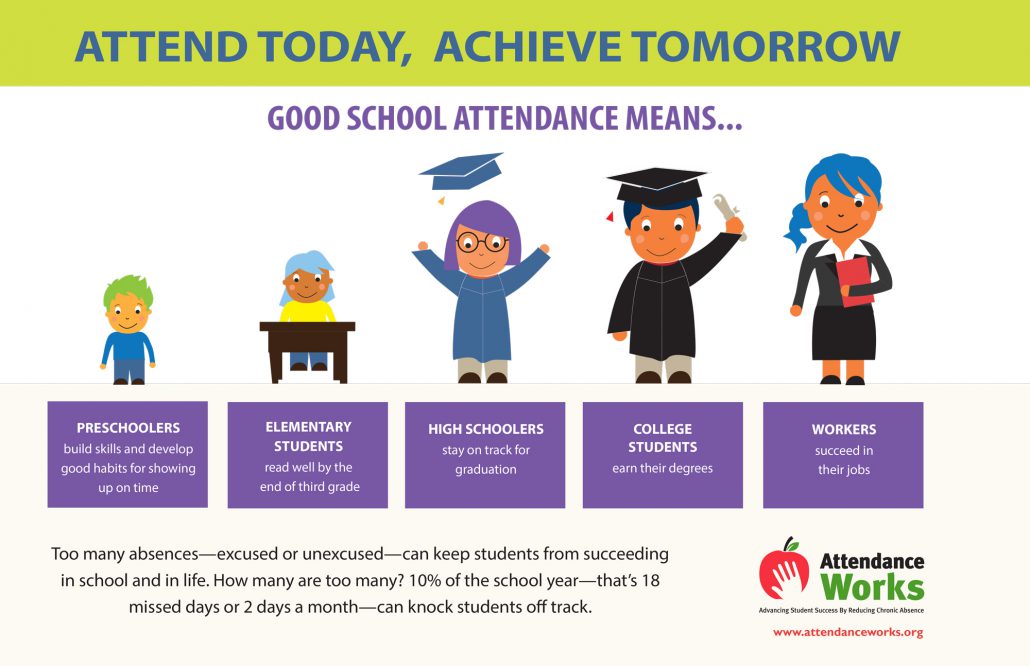 Good attendance is essential to academic success. That’s why school officials are committed to raising awareness about the value of regular school attendance and focus on reducing chronic absenteeism each school year through their Attendance Matters campaign.

Chronic absence is described as missing 10 percent of the school year—or about 18 days—for any reason, excused or unexcused. That’s the point at which absenteeism begins to affect student performance. Starting as early as kindergarten or even preschool, chronic absence predicts lower third-grade reading scores. By middle school, it’s a warning sign that students will fail key classes and drop out of high school. Chronic absence disproportionately affects children from low-income families and communities, creating attendance gaps that directly impact achievement gaps in local schools. Many reasons that children miss too much school, especially in early grades, is because of chronic health problems, unreliable transportation or housing moves, which are all barriers that city agencies and community partners can help families address. According to Attendance Works, a national nonprofit dedicated to improving school attendance, research shows that students who miss two to four days in the first months of school are more likely to become chronically absent during the school year. By paying attention to absences early in the school year and early in a child’s academic career, we can turn around attendance and achievement. The critical first steps to help stem chronic absenteeism:

When our schools graduate more students on time, our communities and our economy are stronger. We have more people who are prepared for the workplace and more engaged in our community’s civic life.” Facts about Chronic Absenteeism

Research shows that missing ten percent of the school year, or about 18 days in most school districts, negatively affects a student’s academic performance. That’s just two days a month and that’s known as chronic absence. The academic impact of missing that much school is the same whether the absences are excused or unexcused. Suspensions also add to lost time in the classroom. Low-income students are four times more likely to be chronically absent than others often for reasons beyond their control, such as unstable housing, unreliable transportation and a lack of access to health care. When students improve their attendance rates, they improve their academic prospects and chances for graduating. Attendance improves when schools engage students and parents in positive ways and when schools provide mentors for chronically absent students. 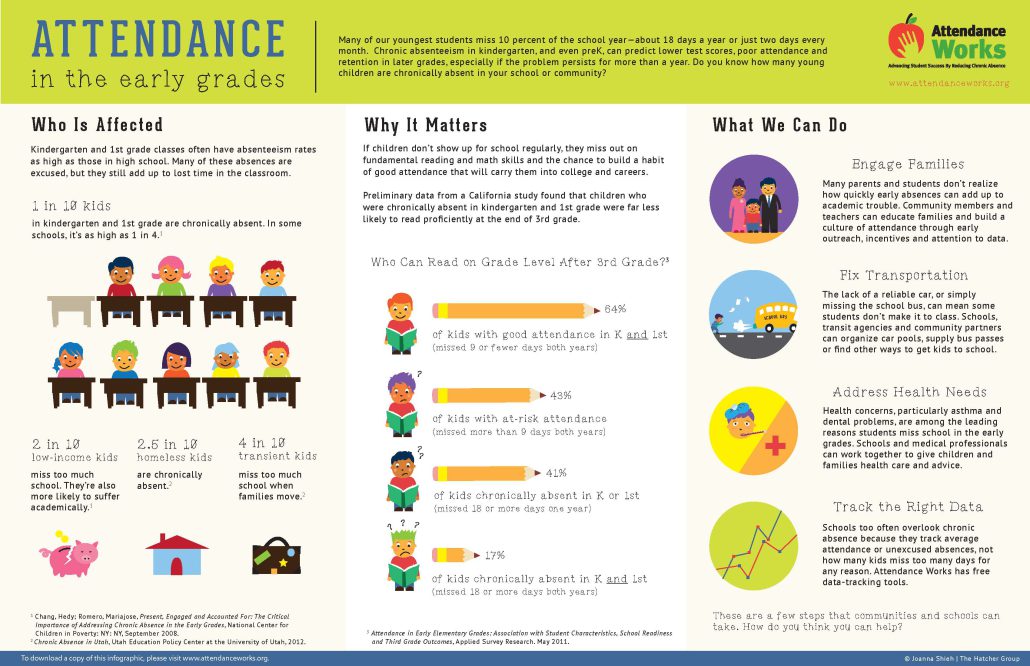